Workplace abuse is shockingly common. (We’ve all heard of the verbally abusive boss and worse.) The number of prominent people, primarily men, accused since Harvey Weinstein was accused is staggering. They include politicians, people in the entertainment industry, businesspeople, and social leaders.  Wherever there is money and power, there is the potential for the abuse of power.

When abuse happens, the abuser might eventually get punished, and the business loses its finest talent and standing in the community. The victims of abuse may go on suffering for years. Let me tell you

a way that all of this suffering can be change into healing.

A business, we’ll call it The Barn, hired a new CEO who in turn hired some of his own management staff.  The idea was to take the business to the next level, and the new CEO already had a reputation for doing that. It looked like things were going reasonably well from the outside, although not as well as expected. But from the inside, it looked quite a bit different.

The VP of Marketing and VP of Production soon realized that the new CEO was pretty rough with some people who worked with him. He was often demanding, impossible to satisfy, and demeaning.

As time went on, the mood started to sour around the office, and the two VPs could see that the CEO was less organized and less effective in making the business run as well as it could have. They found themselves working to put a good face on things that were not going well. Was the CEO over his head, had he lost his touch, or was he drinking too much?

One day the staff went to lunch together. The CEO held forth as if he were a king at court. Staff members became uncomfortable with the stream of the CEO’s talking; he made both racist and sexist remarks about present staff members.

The VP of Marketing realized what he had seen and knew that he had a responsibility to report to HR. The CEO was in clear violation of company policy and possibly state law. HR started an investigation.

The Investigation of the Verbally Abusive Boss

The investigation found that the racist comments were not rare, as were inappropriately personal and sexual comments. The CEO had made the comments mostly in private. He was a verbally abusive boss.And then, only when asked, one of the young women said that she had been groped and propositioned by the new CEO.

The employee was afraid that if she said anything that she would lose her job. She was also humiliated and felt objectified.

The board immediately took action by replacing the new CEO with someone else. That person let go of all the new management staff and eventually fired those who complained during the investigation.

The Barn suddenly had a whole lot of lawsuits and took a defensive position. The employees who had lost their jobs were greatly distressed by their sudden unemployment and the pressure of lawsuits. None of them was able to find new work because others in the industry knew them as trouble makers at The Barn. 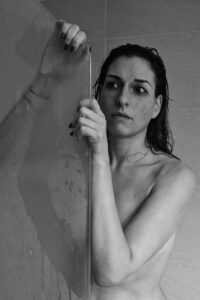 Over the next two years, one of the employees made a suicide attempt, and one had two psychiatric hospitalizations. One of the management people took a job in fast food and eventually found work in another state. The rest remained unemployed and unemployable. The new CEO disappeared, some say into alcoholism.

In the end, the company paid out millions. And despite settling those lawsuits and getting money, the employees continued to suffer and not return to their previous quality of life.

There is another way.

The way this turned out could have been very different. We have to think about workplace abuse in terms other than punishment and retribution.

If the board had relieved the new CEO of his duties and took responsibility for the harm done to the employees, they would not be in an adversarial position. They could make sure that all of the employees get mental health care and returned to their jobs. The company does not lose its skills and experienced workforce.

The company can take responsibility for rehabilitating any abused employee. Using a combination of Workers Comp insurance, health insurance, and company money, the expense of rehabilitation would be minuscule compared to the legal costs of fighting claims.

The company can get people who know what they are doing back to work quickly. When people need to take off for doctor appointments, it should be on full salary. The company gains a reputation for taking care of its workers.

The Effects of Power

The company hired the new CEO because of his expertise. Unfortunately, sometimes a rainmaker, celebrity,  or highly valued leader also ends up being abusive. They may have a vision that others don’t see and pushes and abuses people to reach their goals.

They may try shaming or humiliation to get people to comply. The verbally abusive boss is probably not fully aware of the effect of their behavior on the people they work with.

People in power positions can get drunk on power. Power is intoxicating, it feels good, and, as Henry Kissinger said, “Power is the ultimate aphrodisiac.” When one person is under the influence of that aphrodisiac, and the other person isn’t, it results in sexual abuse.

How to Deal with a Sexual or Verbally Abusive Boss

What do you do with a powerful person when losing that person could mean losing the business? First, put him/her on leave so that they can’t harm other people and motivate them to seek rehabilitation themself. It may take losing their position and power to motivate that person to seek help. And there is help.

Help would come from a mental health specialist who understands the effects of power on the human brain and behavior and how to restore the humanity lost to the addiction to power and possibly alcohol or other drugs.

First, restore the abuser to their humanity while the injured employees recover. Then a process of reconciliation between the abuser and the abused can begin. The abuser would have to be ready to face a group of now powerful people who will be honest about the effect he/she has had on them.

Workplace abuse is damaging to workers and the business. It changes the worker’s lives, and many people never recover. It is also a signal that the business has to change its culture and relationship with employees. With some boldness, the result could be that everyone ends up more robust and healthier, and the business flourishes. 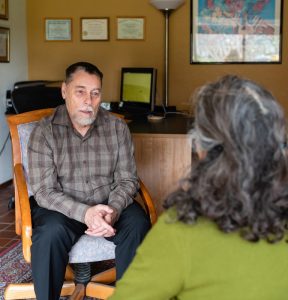 If you need help dealing with a verbally abusive boss, or other abusive leader, celebrity, or rainmaker, there is someone you can call on. Iam Dr. Rob Woodman, Ph.D., MSCP, and I have expertise in neuroscience to understand what happens to a person in a power position and thirty years of therapy experience to treat that person. You can reach out to contact me here.

Taking a highly focused approach, Intensive Psychotherapy is four days a week for four weeks. The changes in brain function and behavior are substantial and continue to improve even after therapy.